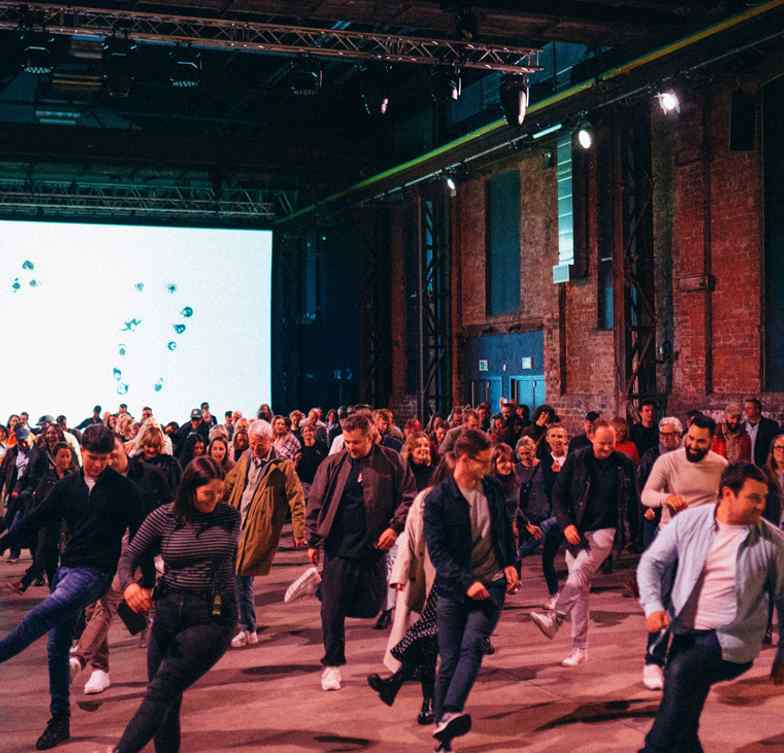 In a huge stride towards the SWG3 complex becoming net zero, heat energy is now being harnessed from visitors to the venue.

Last night, after three years of development, SWG3 marked the switch on of the landmark BODYHEAT system. The radical new thermal heating and cooling system was activated at a special launch event, at which we began officially harnessing body heat from visitors to the venue for the very first time. Set to a backdrop of artist Jacqueline Donachie’s Beautiful Sunday film, guests were invited to take part in a very special rendition of the famous Slosh line dance, with the heat that was generated being used to heat and cool the venue in the days and weeks to come.

From club and gig-goers, to guests attending exhibitions, workshops or any other events being hosted by SWG3, the innovative new system is now active and ready to capture the heat emitted from all of the venue’s visitors. The energy will then be stored across 12 underground boreholes, before being used to heat or cool the venue later - whether it be the next day, the next month or the next year.

BODYHEAT is an integral part in SWG3’s sustainability focused masterplan. An ambitious plan, the SWG3 vision includes the site becoming completely net zero, unlocking not only the potential of the venue and its people, but also the surrounding areas and beyond, using arts, creativity and nature to help tackle climate change.

“We’re thrilled that after three years of planning, consultation and construction, we are able to switch on the first BODYHEAT system . As well as being a huge step towards our goal of becoming net zero and will hopefully influence others from our industry and beyond to follow suit, working together to tackle climate change.”
Andrew Fleming-Brown, MD of SWG3

Heat is transported using a carefully selected carrier fluid through a closed network of pipes to heat pumps in the plant room, before going 200m underground to the boreholes to be stored. When the energy is ready to be used, it travels back to the heat pumps where it is upgraded to a suitable temperature and emitted back into SWG3’s event spaces.

The system is active across three separate spaces – a 1250-person capacity event space, a 1000-person event space and the main foyer entrance. One of the heat pumps can even provide simultaneous heating and cooling, meaning body heat can be captured live during an event, and instantly be delivered to the foyer where it can be used to provide heat and maintain a desired temperature.

Complete disconnection of the gas boilers at SWG3 will substantially reduce the amount of carbon used. In fact, the electricity used to run the BODYHEAT system comes from 100% renewable sources, which means all of the heating and cooling provided is net-zero carbon emissions as of today.

“The whole TownRock team and I are delighted that the first BODYHEAT system is now up and running at SWG3. A huge congratulations and thank you to our partners Harley Haddow, all the contractors who constructed the system, and the Scottish Government for the funding. We’re ready for all of you to come dance for the planet - make renewable heat with every beat!”
David Townsend, founder of TownRock Energy 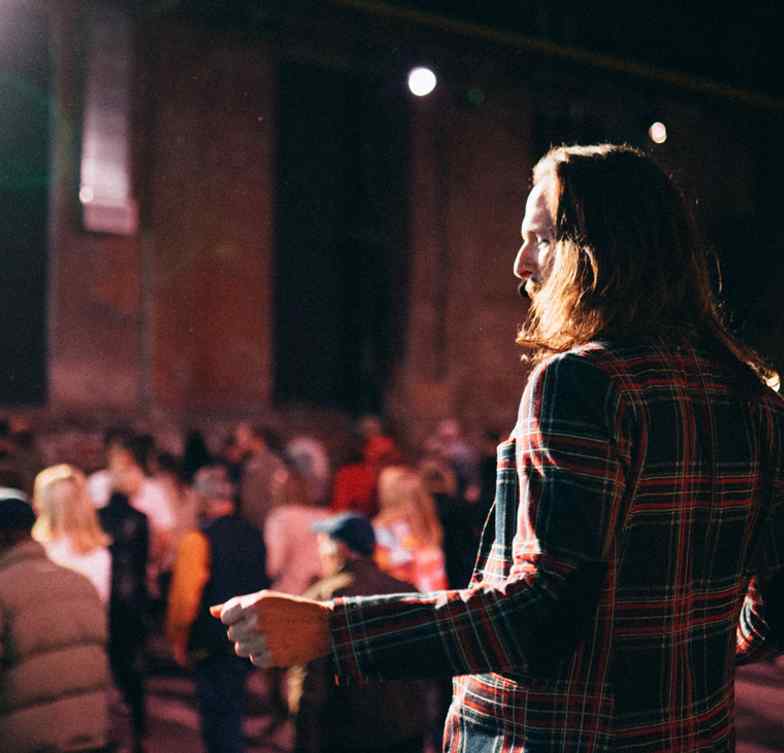 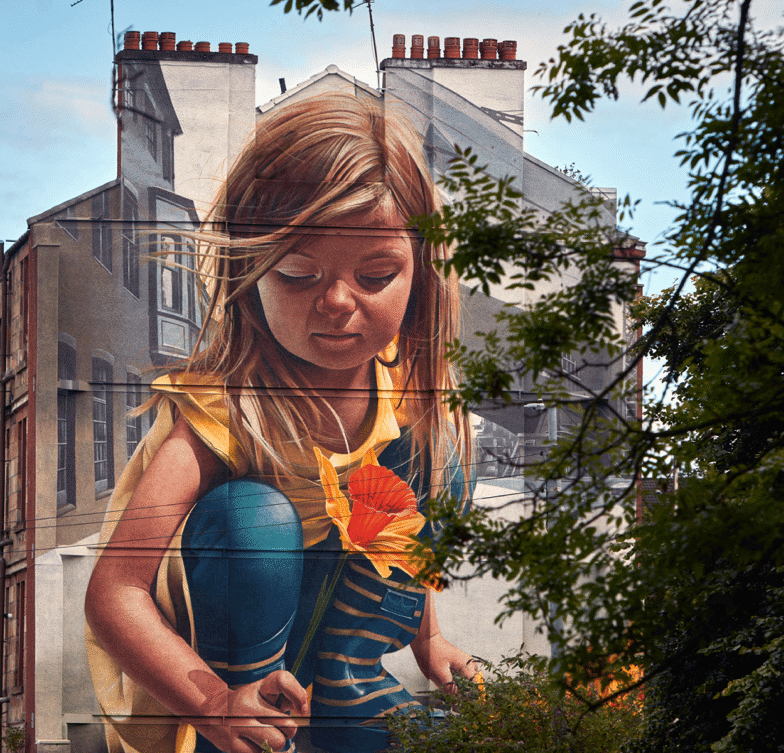 The final mural in phase one of SWG3’s open air street arts trail, weaving through Govan, Yorkhill and Partick, is now complete.

In a huge stride towards the SWG3 complex becoming net zero, heat energy is now being harnessed from visitors to the venue thanks to our pioneering BODYHEAT system. 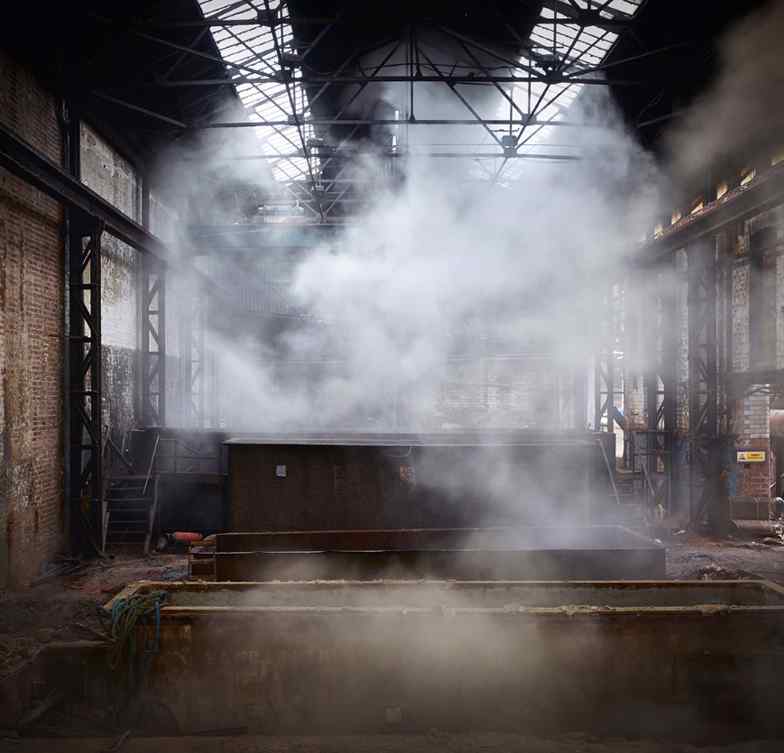 Opening on Wednesday 5 October, Scottish photographer David Eustace presents a portfolio of photographs from SWG3’s industrial past for the first time. 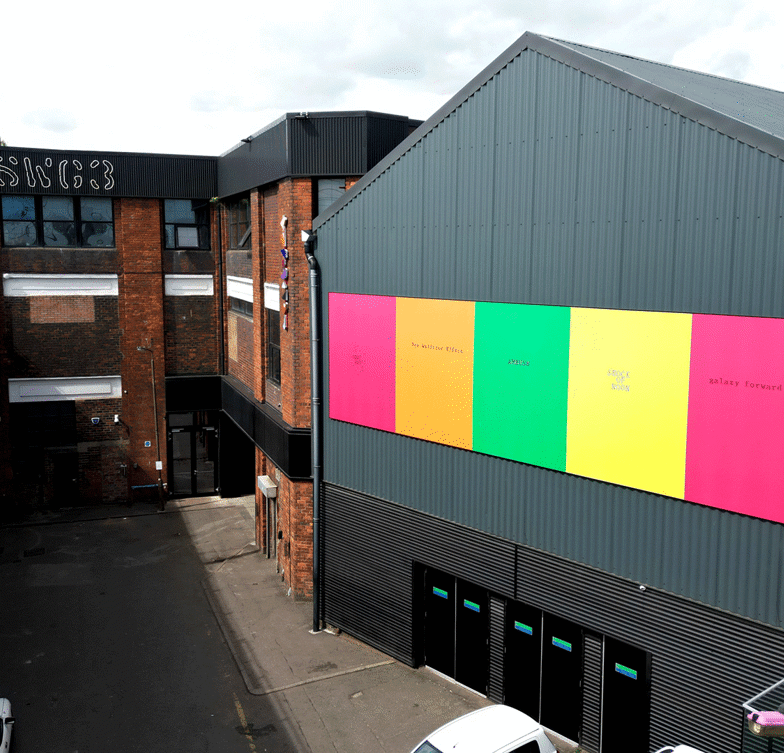