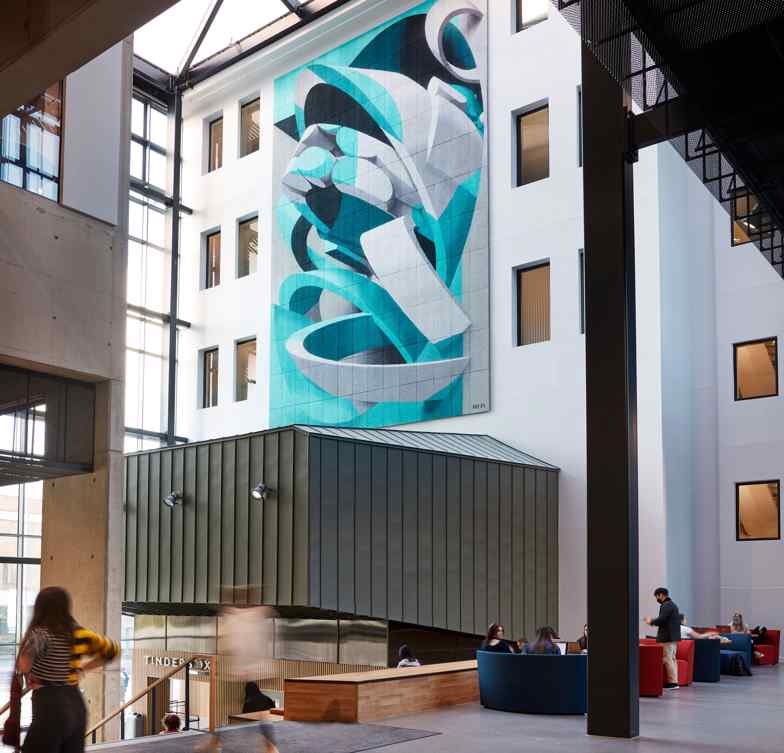 Our ongoing collaboration with the University of Glasgow has helped to bring colour and creativity to the campus, as well as championing and promoting street art at this significant global institution.

In 2018, we were approached by the University of Glasgow to help bring a creative spirit and message to its hallowed walls. Since then, our ongoing partnership with the prestigious institution continues to go from strength to strength, with artwork of all shapes, colour and sizes by local and international artists, now adorning library walls, stairwells and gardens.

Having taken part in festivals and art shows all over the world, Peeta is a true giant in the global street art scene. This incredible mural – his first Scottish commission, for the internationally-celebrated street artist – was the result of a competition undertaken by the JMSLH Board, supported by SWG3. With artists from all over the globe submitting their concepts, Peeta’s concept stood out for his unmatched expertise in anamorphism.

Peeta’s background in graffiti, combined with a knowledge of design and architecture, is what makes site-specific work like this so striking. Strapped on to a spider lift and working across the five-storey building for six very intense days, the result is a painstakingly-precise sculptural three-dimensional illusion that can be seen from multiple levels within the building, each one giving a completely unique perspective.

Similarly, the colour palette, a selection of bold blues and greens, interacts with the environment around the mural, giving the a further illusion of the work interacting with the beautiful architectural elements and design of the building.

This was a social movement aiming to bring together disparate sides of society to share culture, knowledge and skills to alleviate poverty and improve lives. In Glasgow, three settlement projects were founded in the late 19th Century, capitalising on the education of the students who worked with and for the poor of certain areas of the city.

Chelsea Frew, a resident illustrator and artist at SWG3, and member of Glasgow mural collective Cobolt Collective, drew up large-scale designs within the library’s grey basement before producing the colourful mural still adorning its walls.

It was so successful in changing the atmosphere of the library and providing some much-needed visual stimulation that we got to go even further, with art by Siguel and Barry The Cat now extending out in to foyers and stairwells. 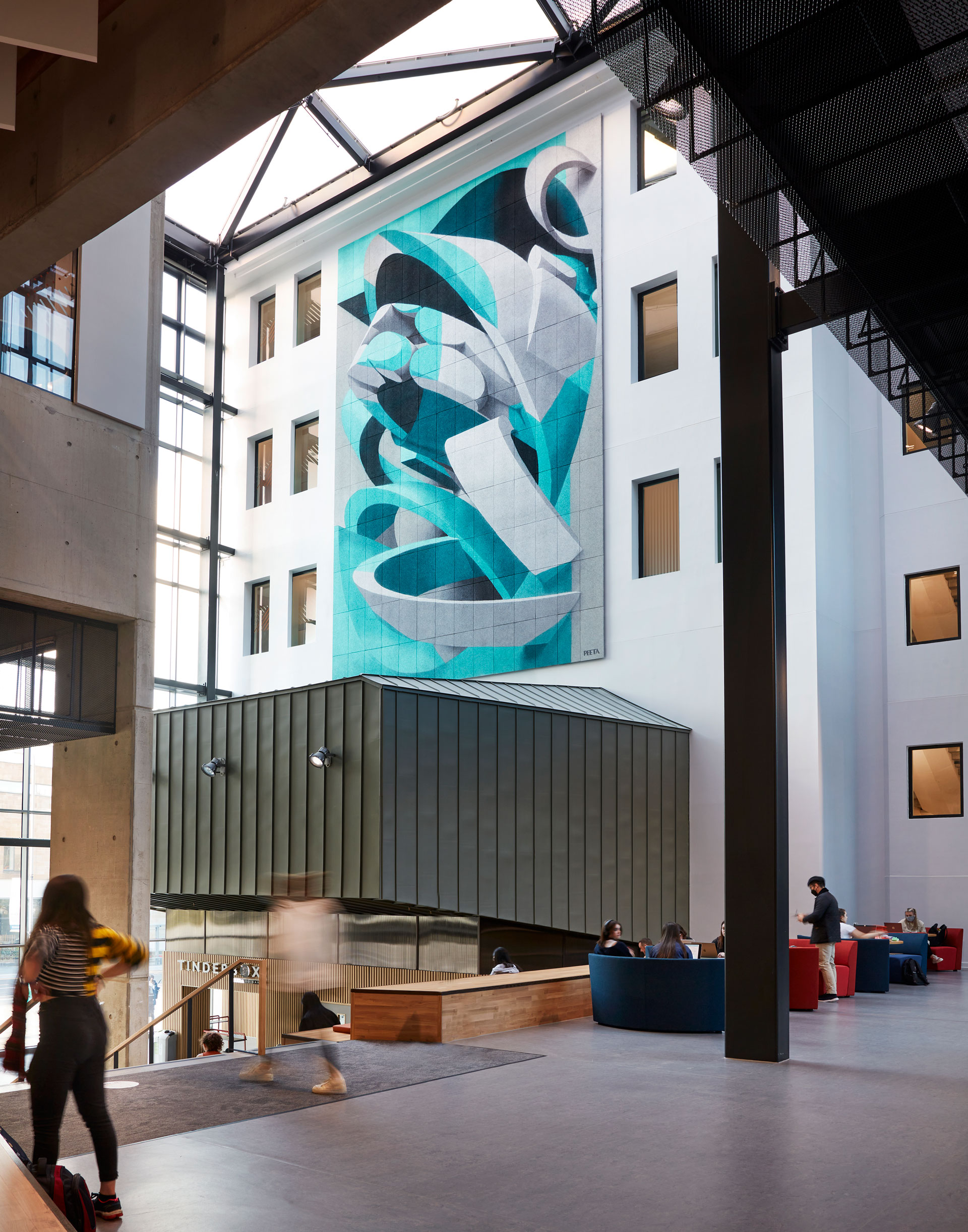 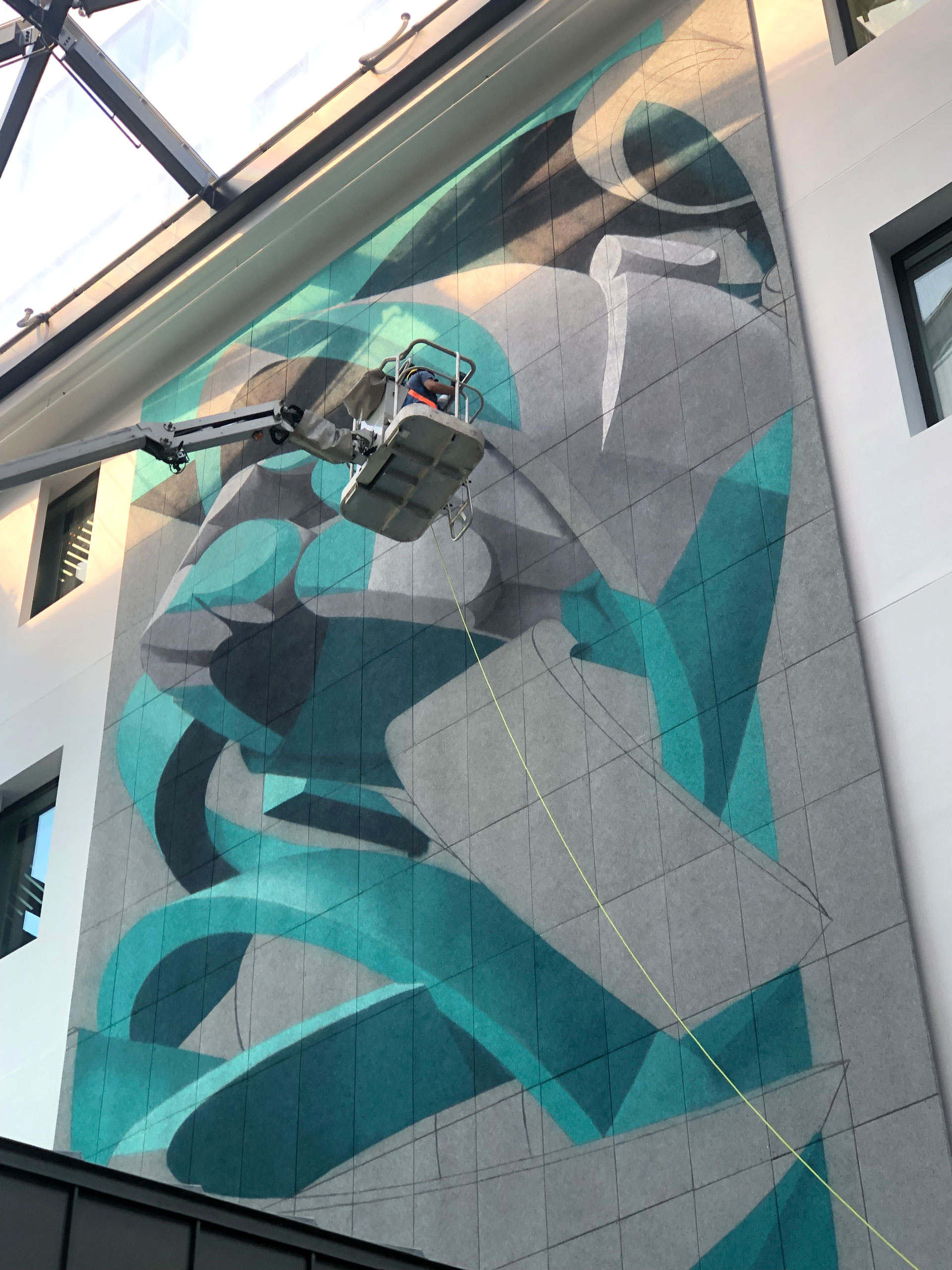 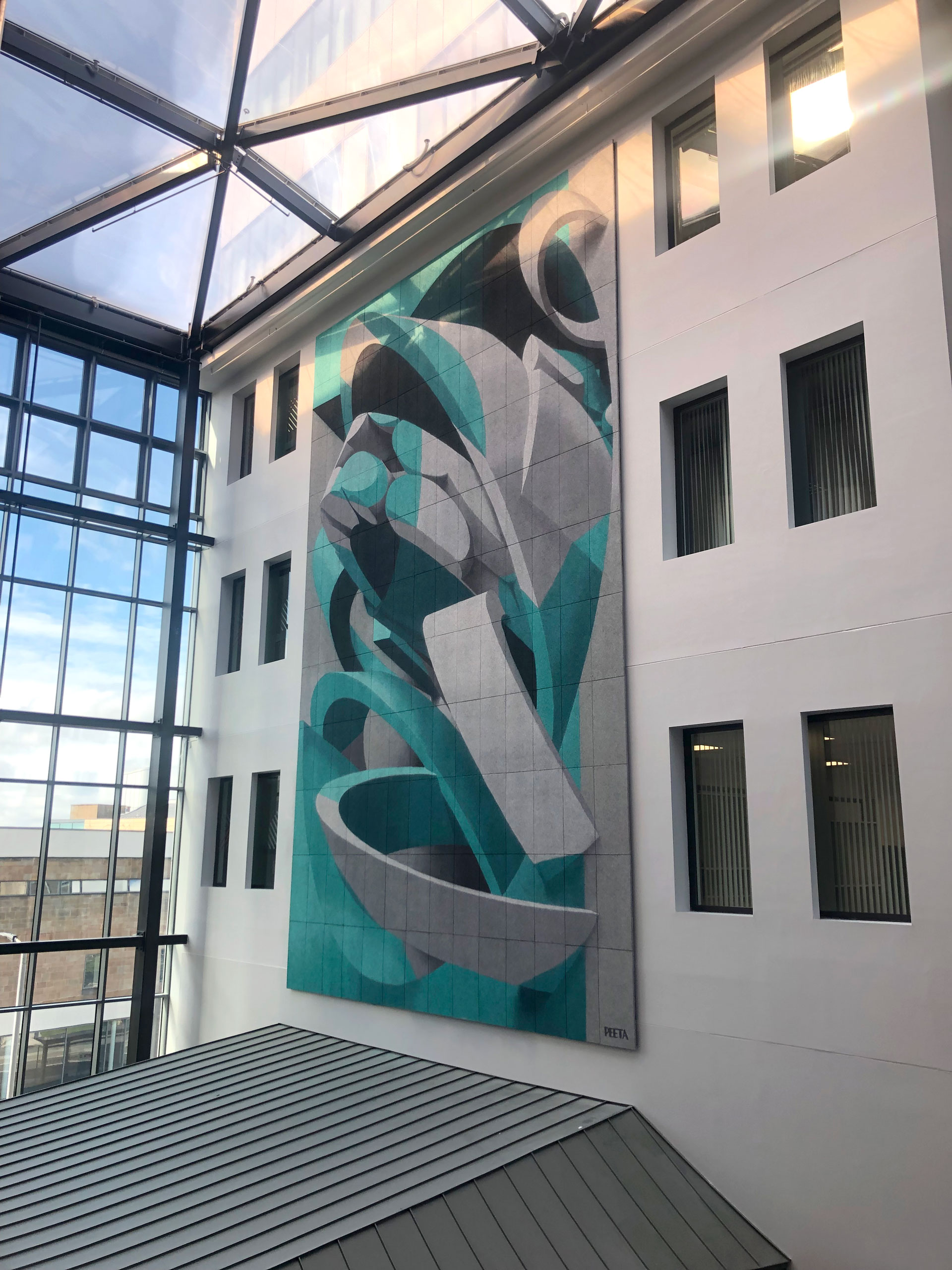