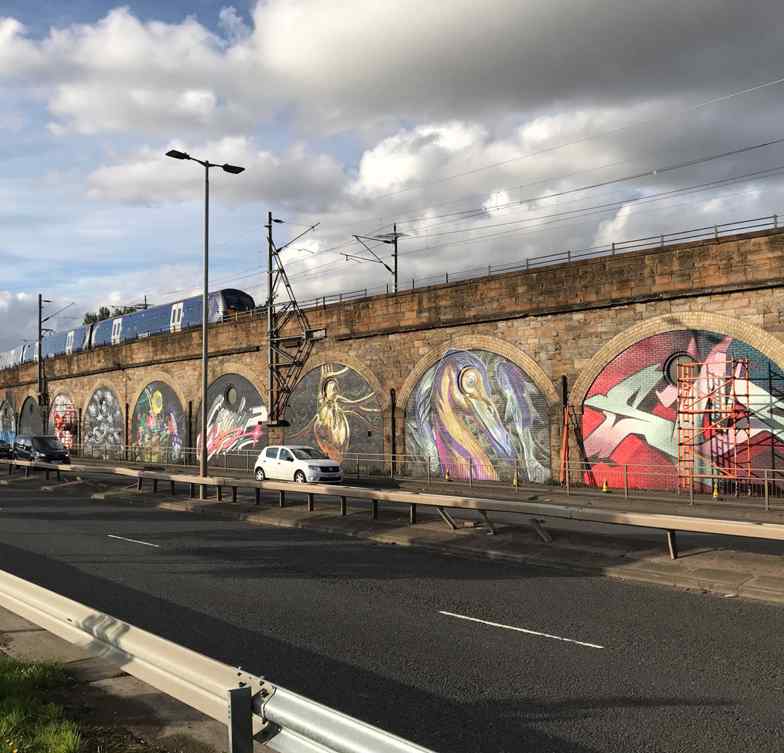 Our ongoing high-profile partnership with Network Rail has been an essential part of the Yardworks mission, providing stretches of safe space for young artists to express themselves, and profiling legal street art across the city.

As well as helping to support the graffiti and street arts community – providing safe, legal space to create, a chance to develop their skills by working on a significant commission, and a sense of belonging and pride – our ongoing partnership with Network Rail has done some fairly significant work in helping change the public perception of the art form.

As well as transforming the stretch of 27 railway arches alongside the Expressway with skilled, detailed, powerful artwork, the partnership has provided opportunities for young Yardworks artists to paint murals at train stations across Scotland, where their art can be seen and enjoyed by a huge number, and diverse array, of people.

The transformation of the railway arches at SWG3 is an ambitious and ongoing project brinigng together public art, urban infrastructure, and social change — and still makes us incredibly proud to this day.

The route alongside the Expressway, leading to the SWG3 complex, was thought to be marred by bad lighting, and ‘undesirable’ graffiti, used only by cyclists and avoided by pedestrians. Combining two ambitions — to create an outdoor gallery for people to enjoy street art, and to encourage the use of the path as a safe public walkway — we worked alongside Yorkhill Community Council, Sustans, DRS and Network Rail to gain funding to transform the stretch of 27 railway arches into Scotland’s largest outdoor gallery for street-based art.

For three weeks in 2019, the place was a flurry of spray cans, bodies, ladders, activity and energy. By the end, the 27 archways — found beneath the gentle curve of the railway bridge that runs alongside the SWG3 complex, facing the Expressway taking traffic from Glasgow’s thriving West End into the heart of the city — were thoroughly transformed with work from local and international artists. Our inaugural works had a wide range of subject matter based on topics that meant something to the artisrts, from Glasgow’s shipbuilding industry, the John Carpenter film Christine, a catnip demon, and a heart of gold, to name just a few.

Like a true gallery, the walls are now transformed yearly based on the Yardworks programme, commissions and global themes, such as recent murals created for the COP26 conference, with artists’ work directly facing the main conference hub. They are also, thanks to the fantastic people at Network Rail, lit up at night to showcase the work on display into the evening, and create a safer environment. 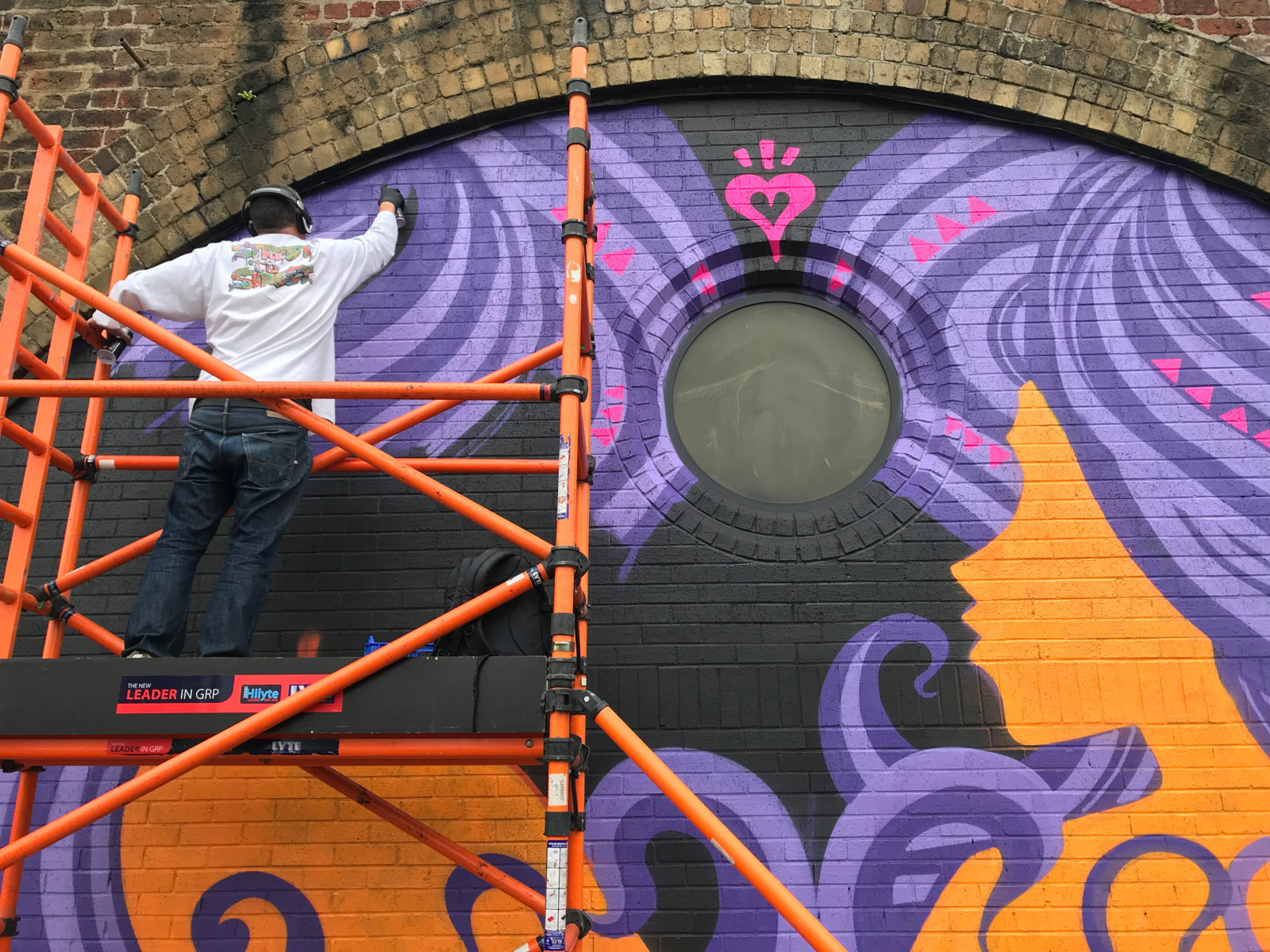 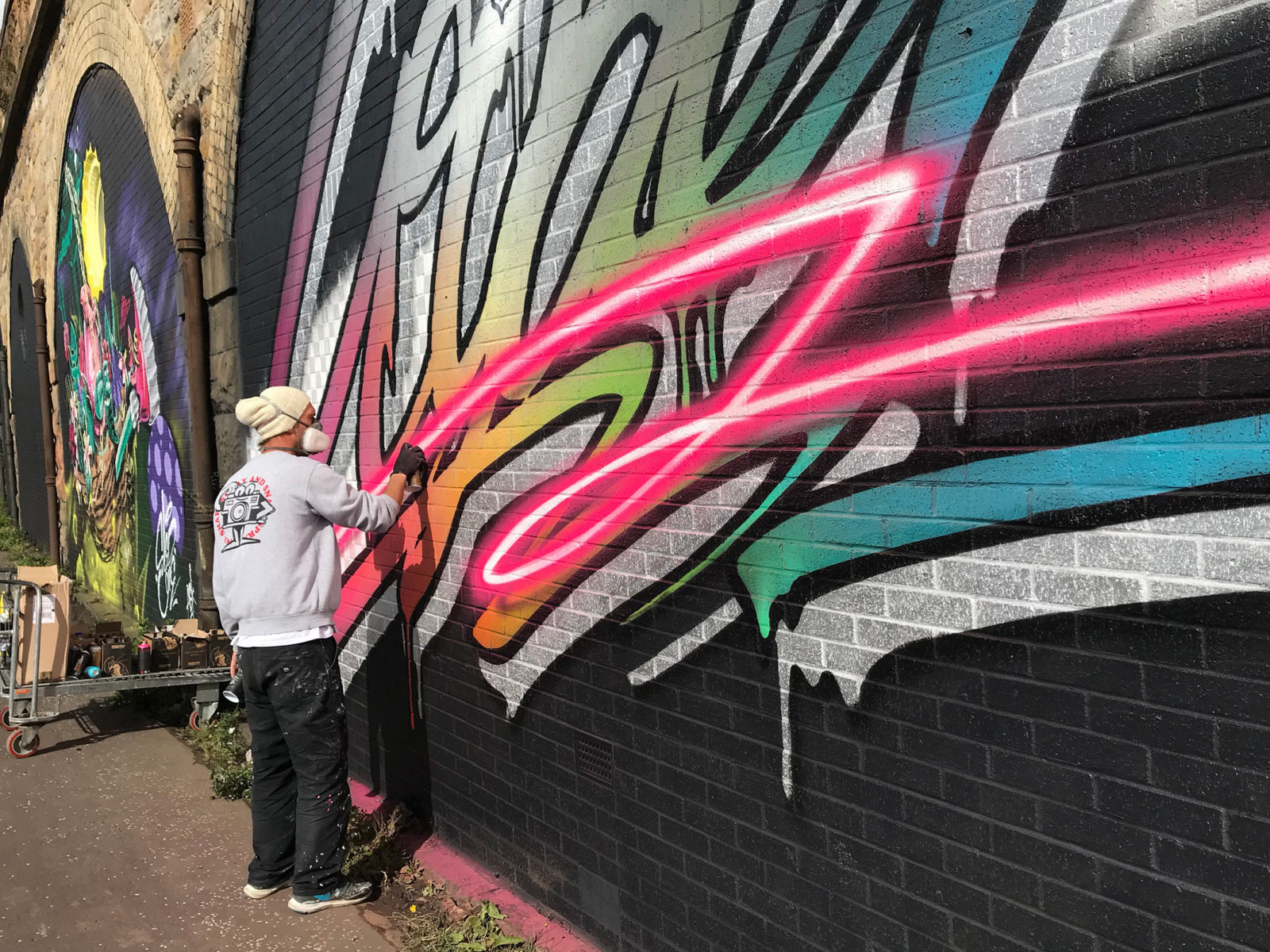 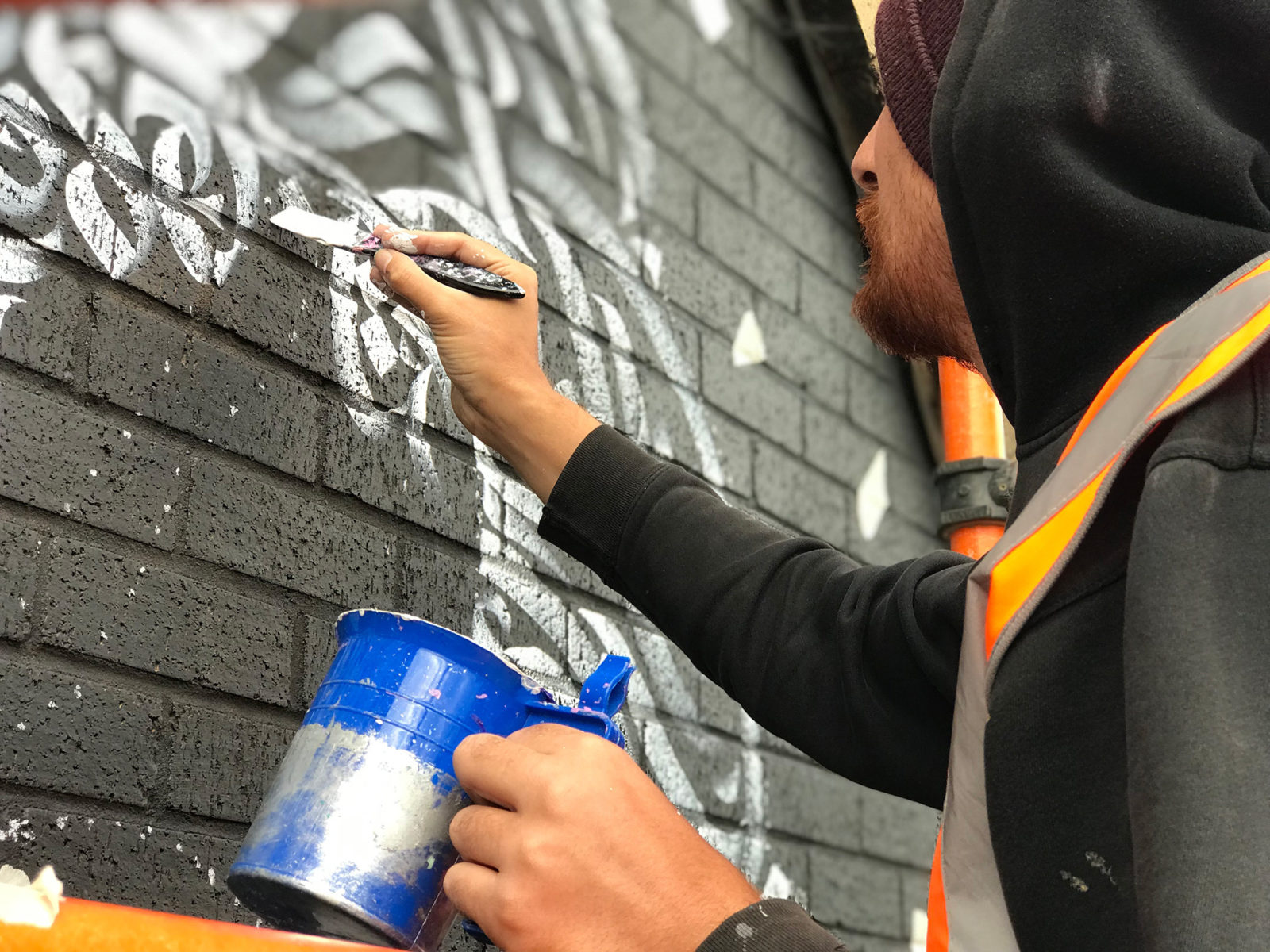 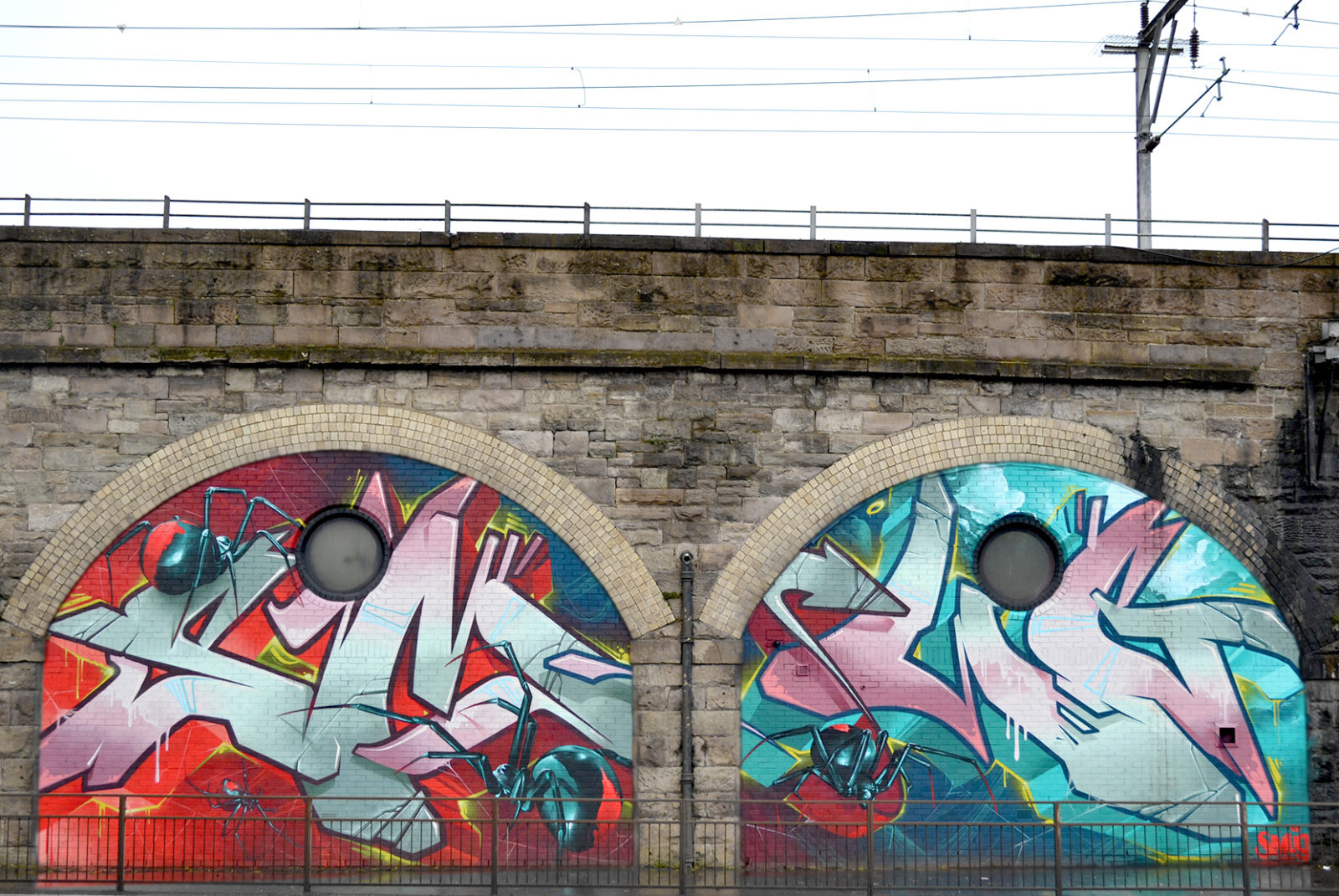 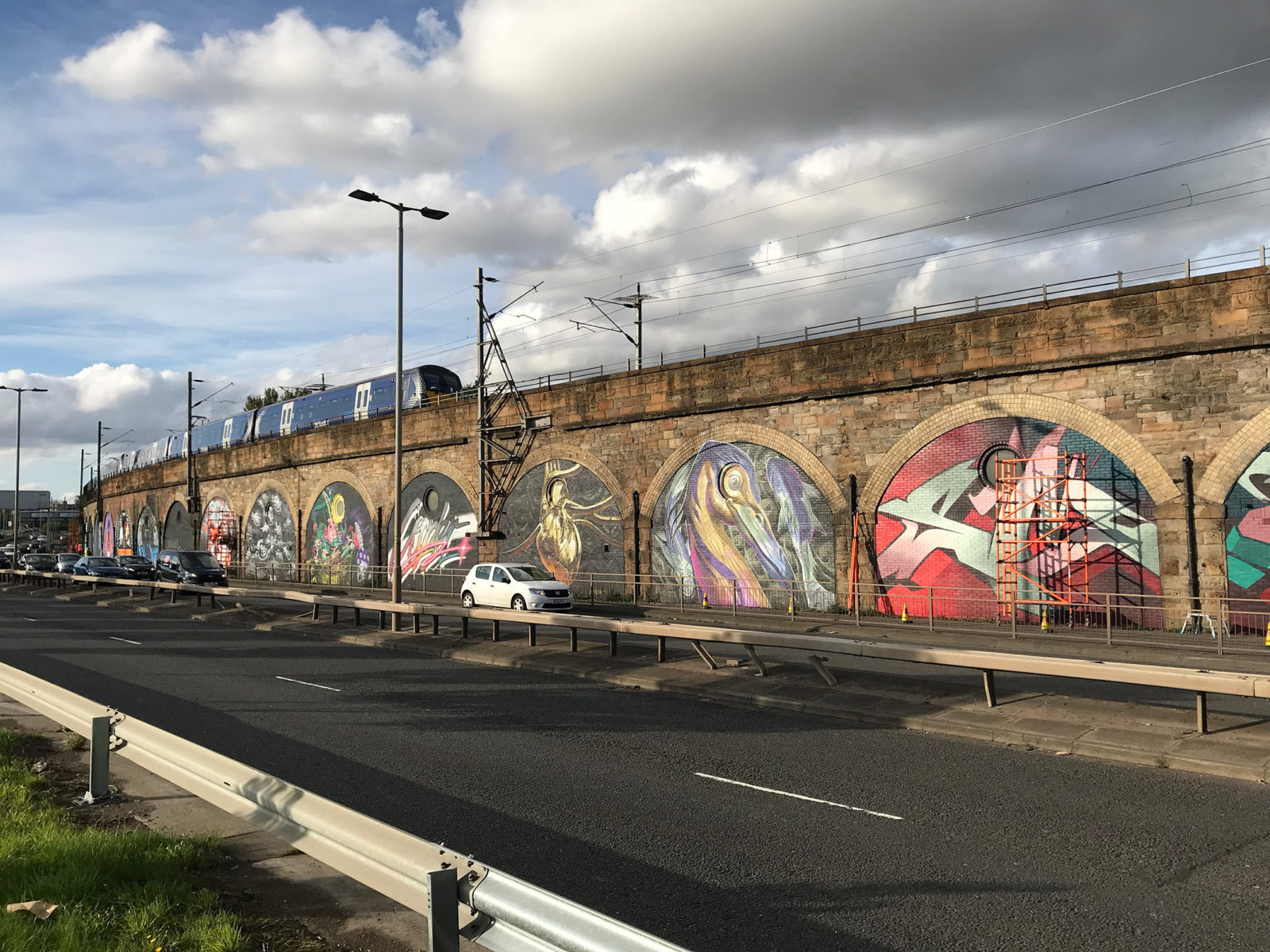 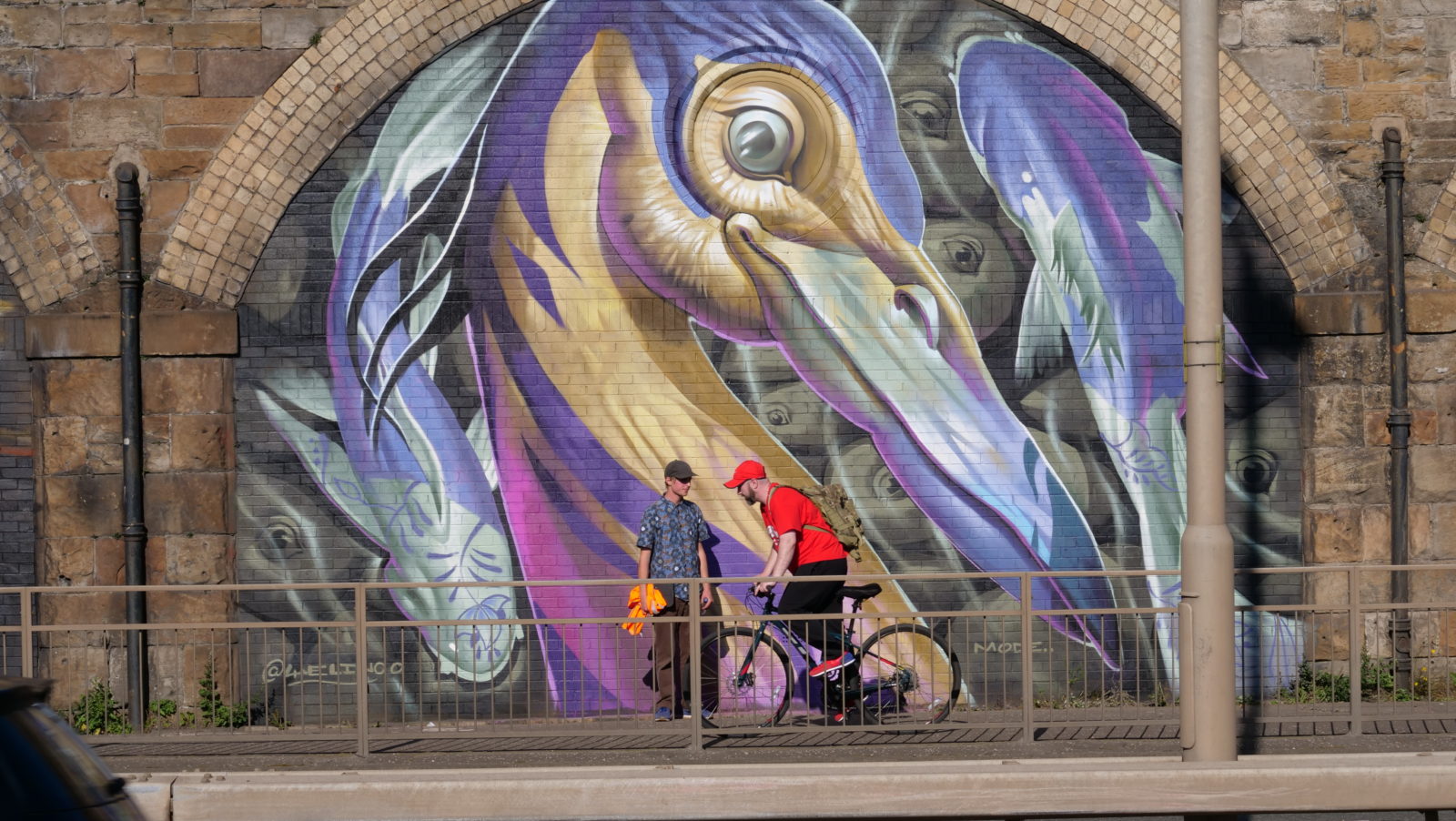 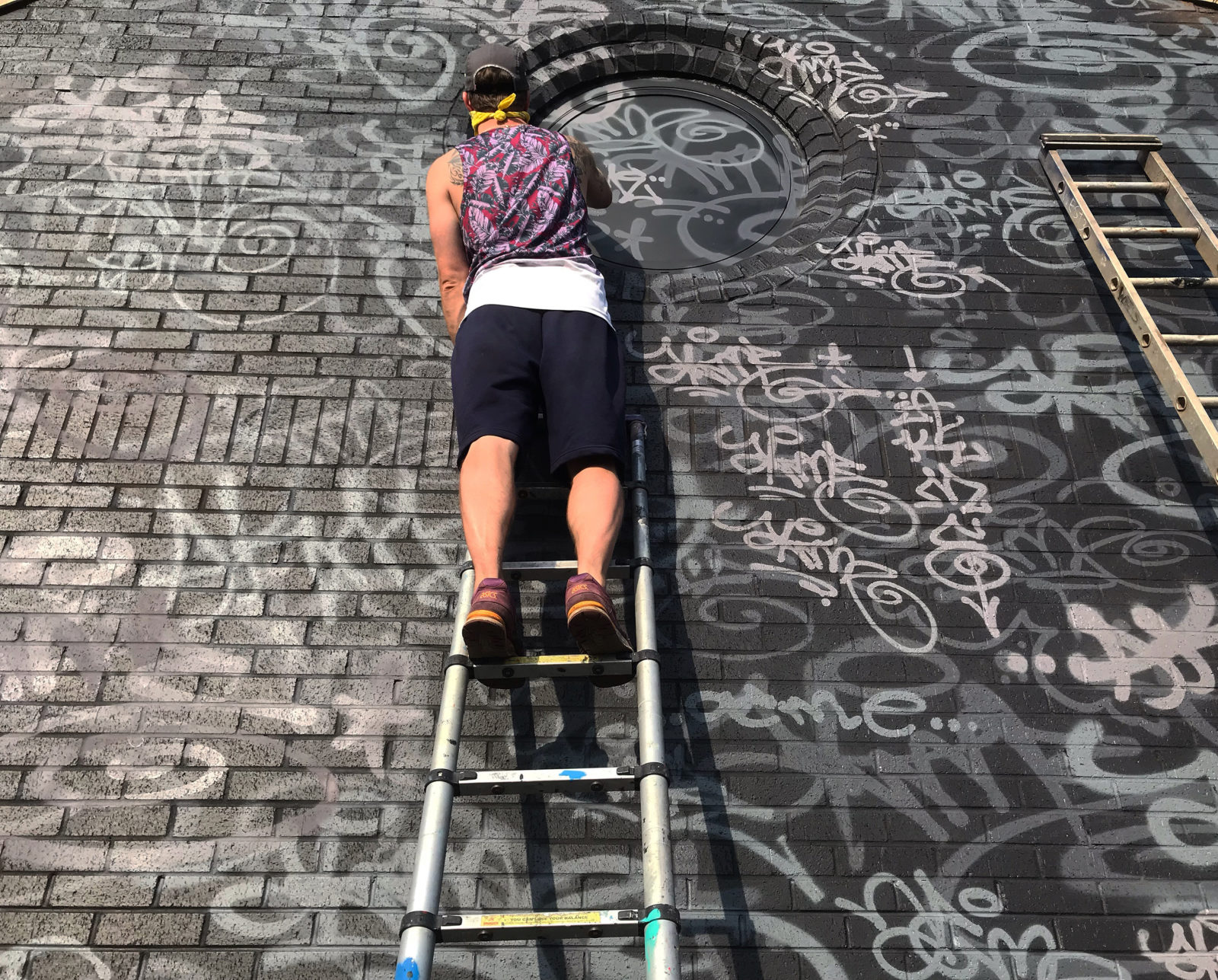 Taking our work to some of Scotland's busiest transport hubs 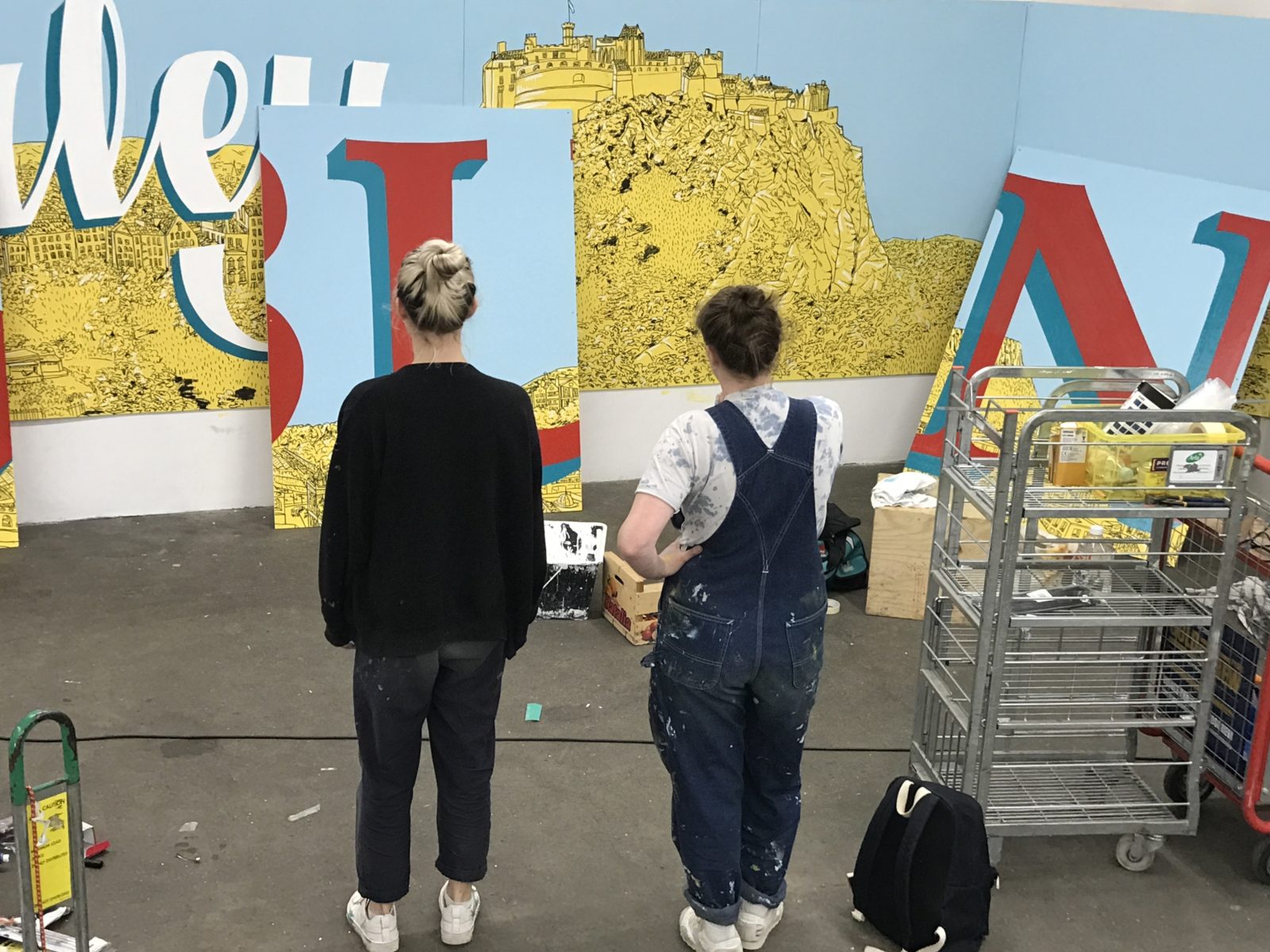 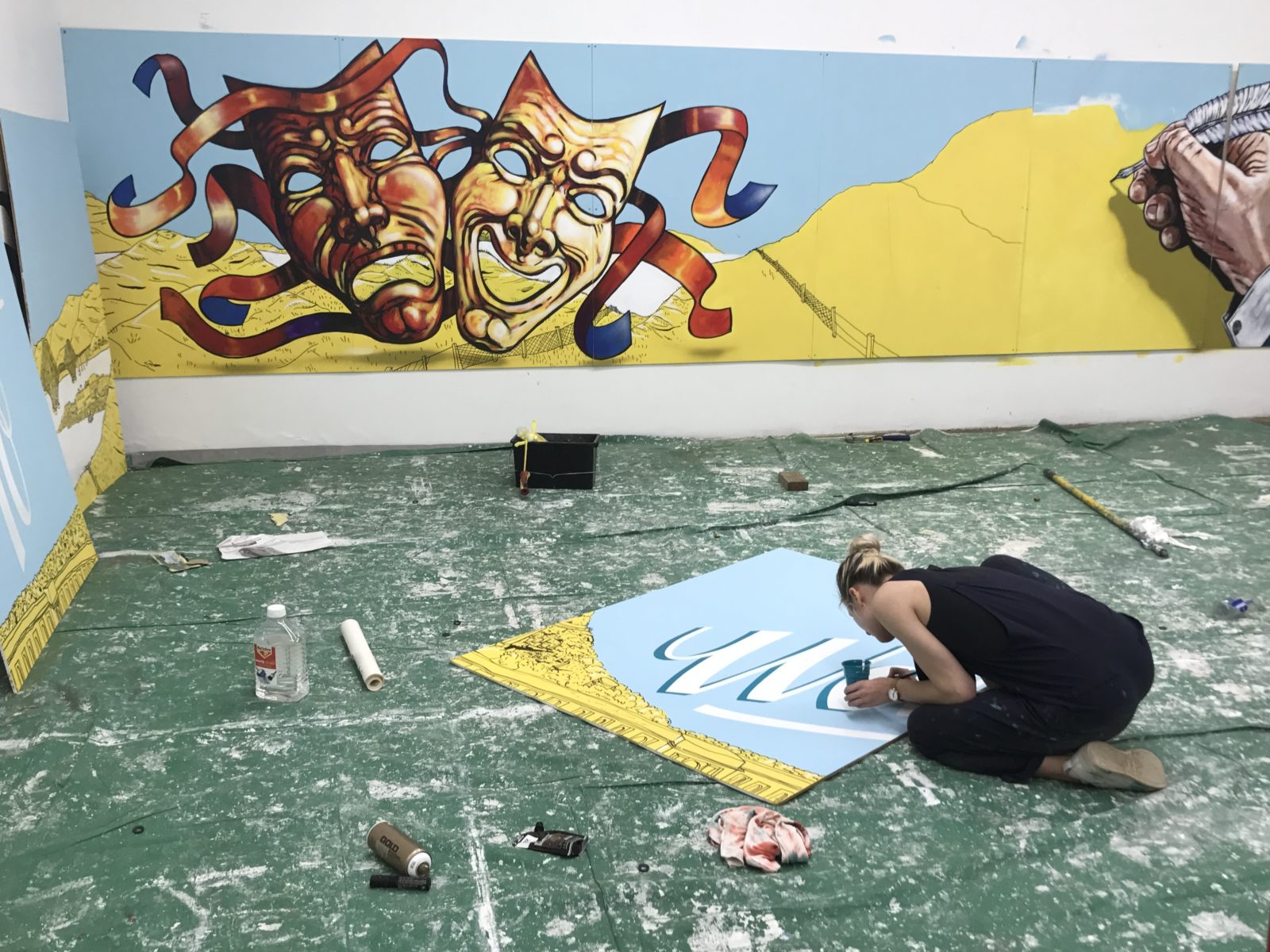 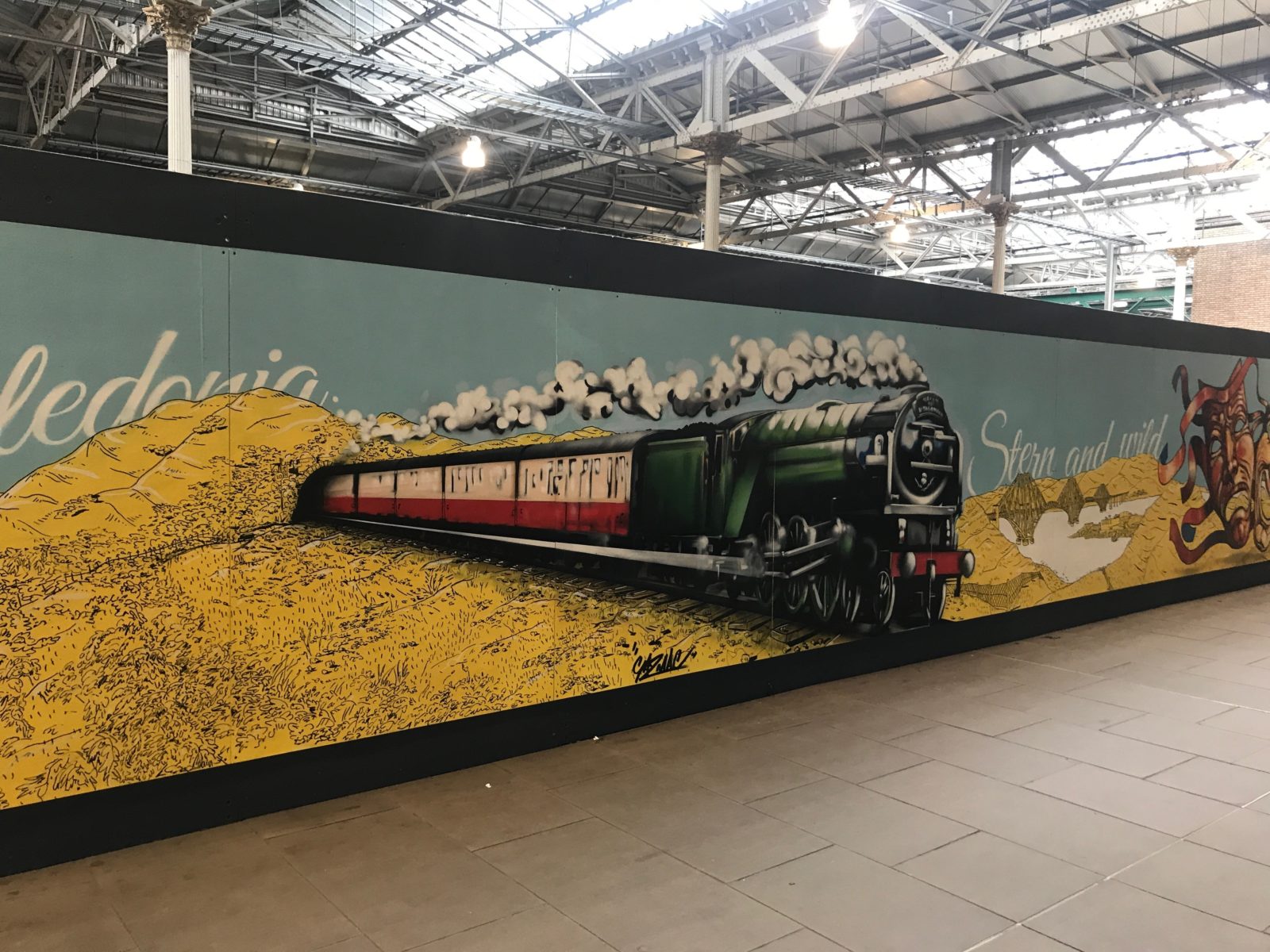 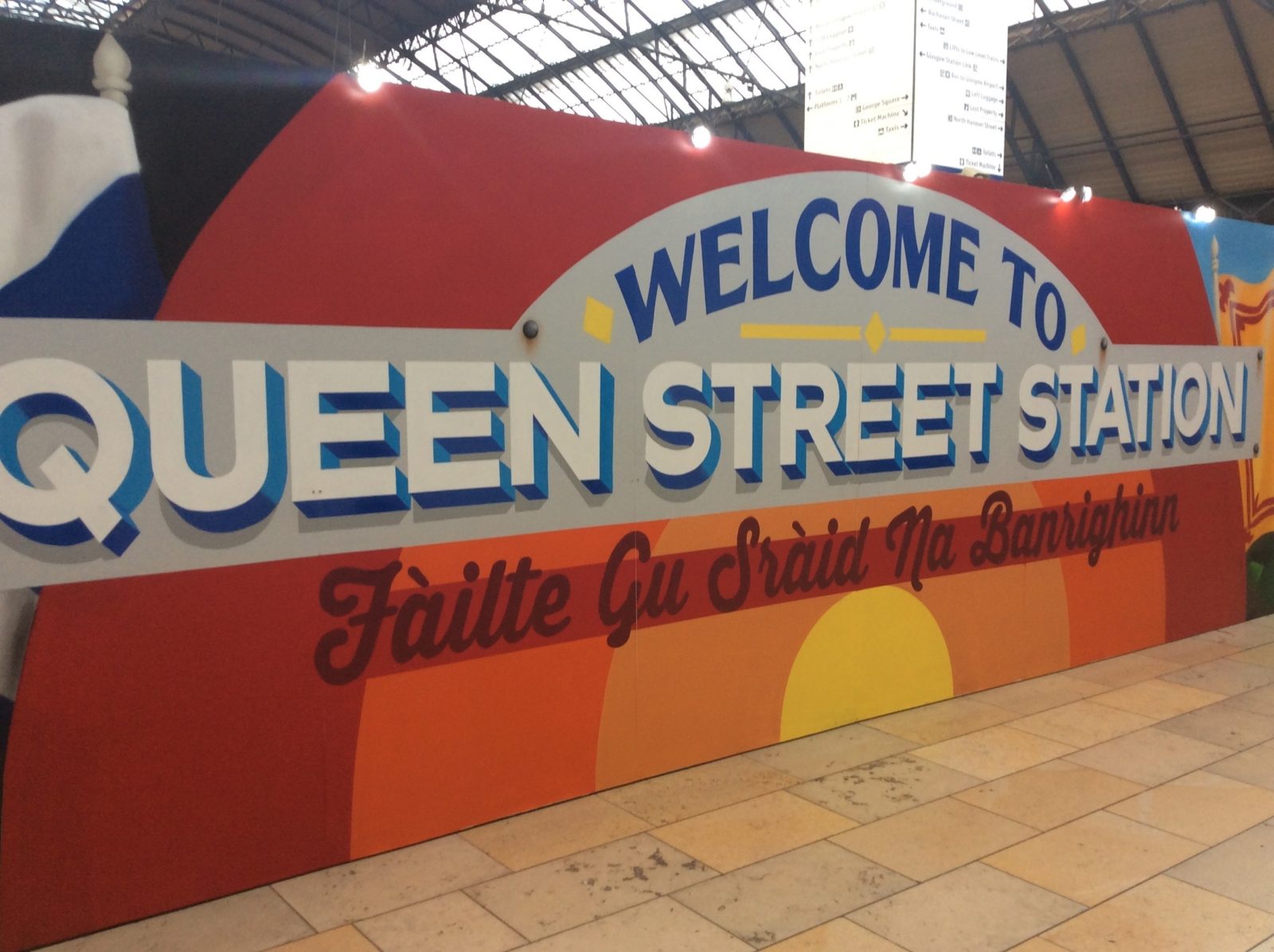 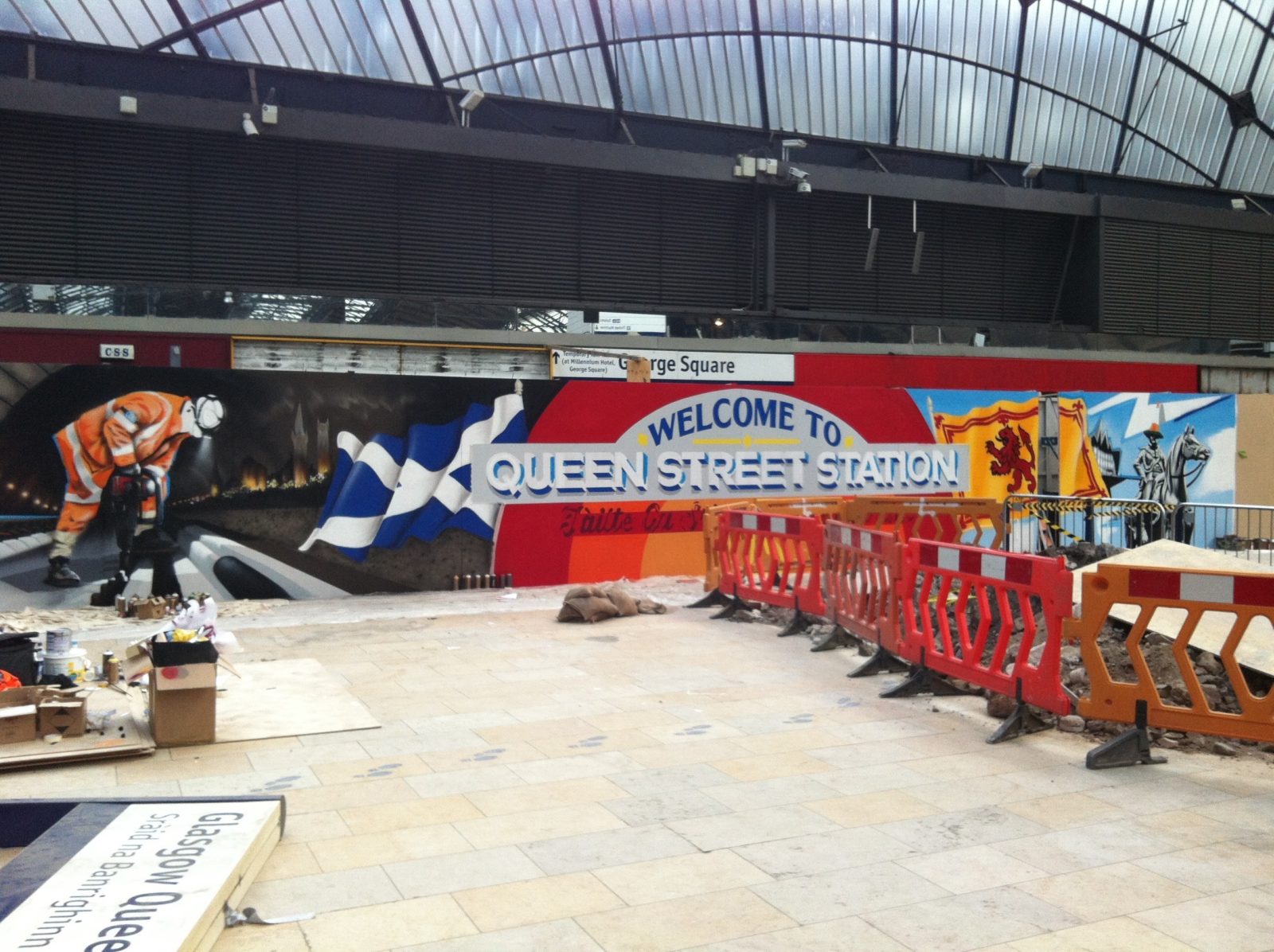 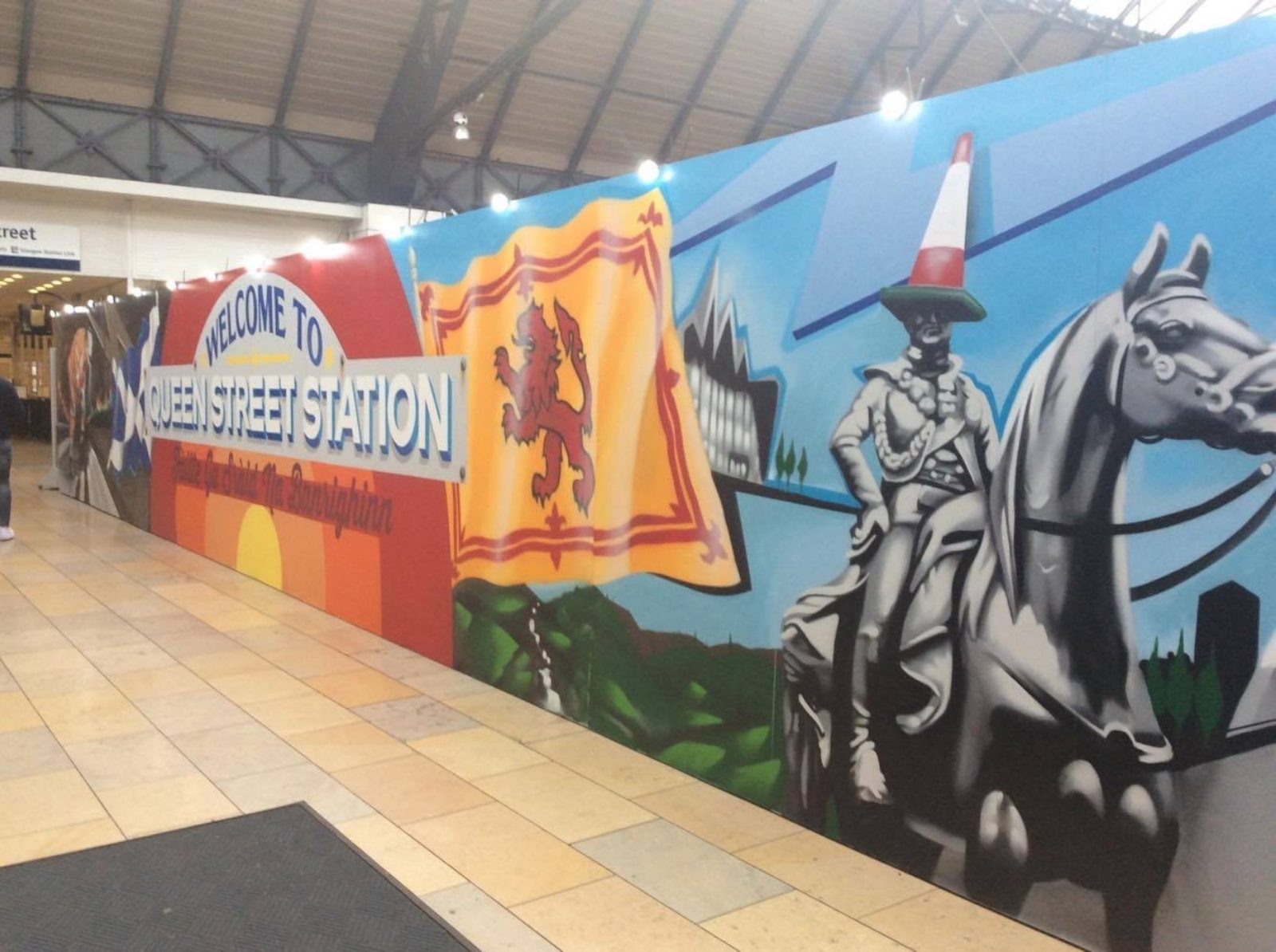 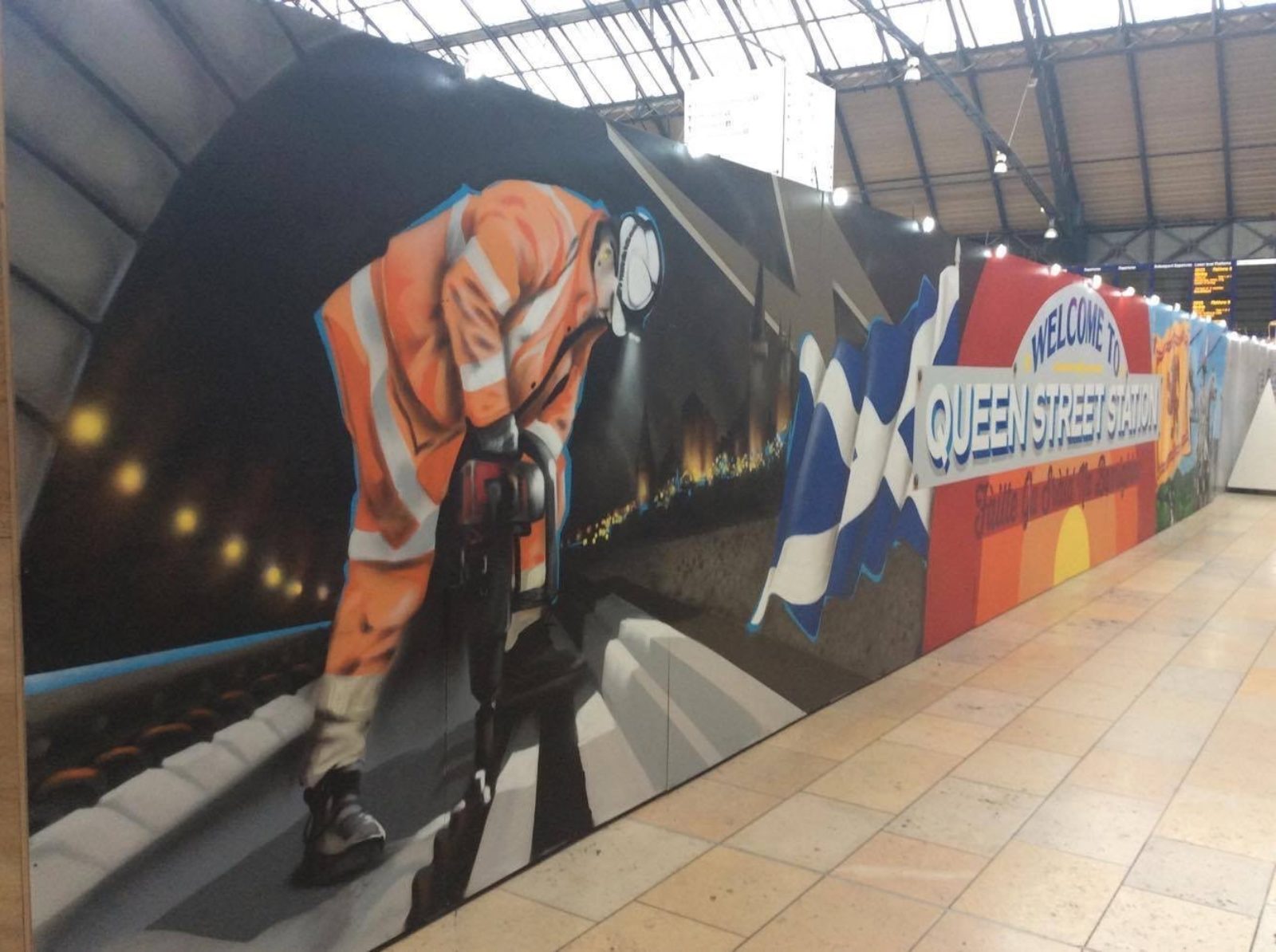 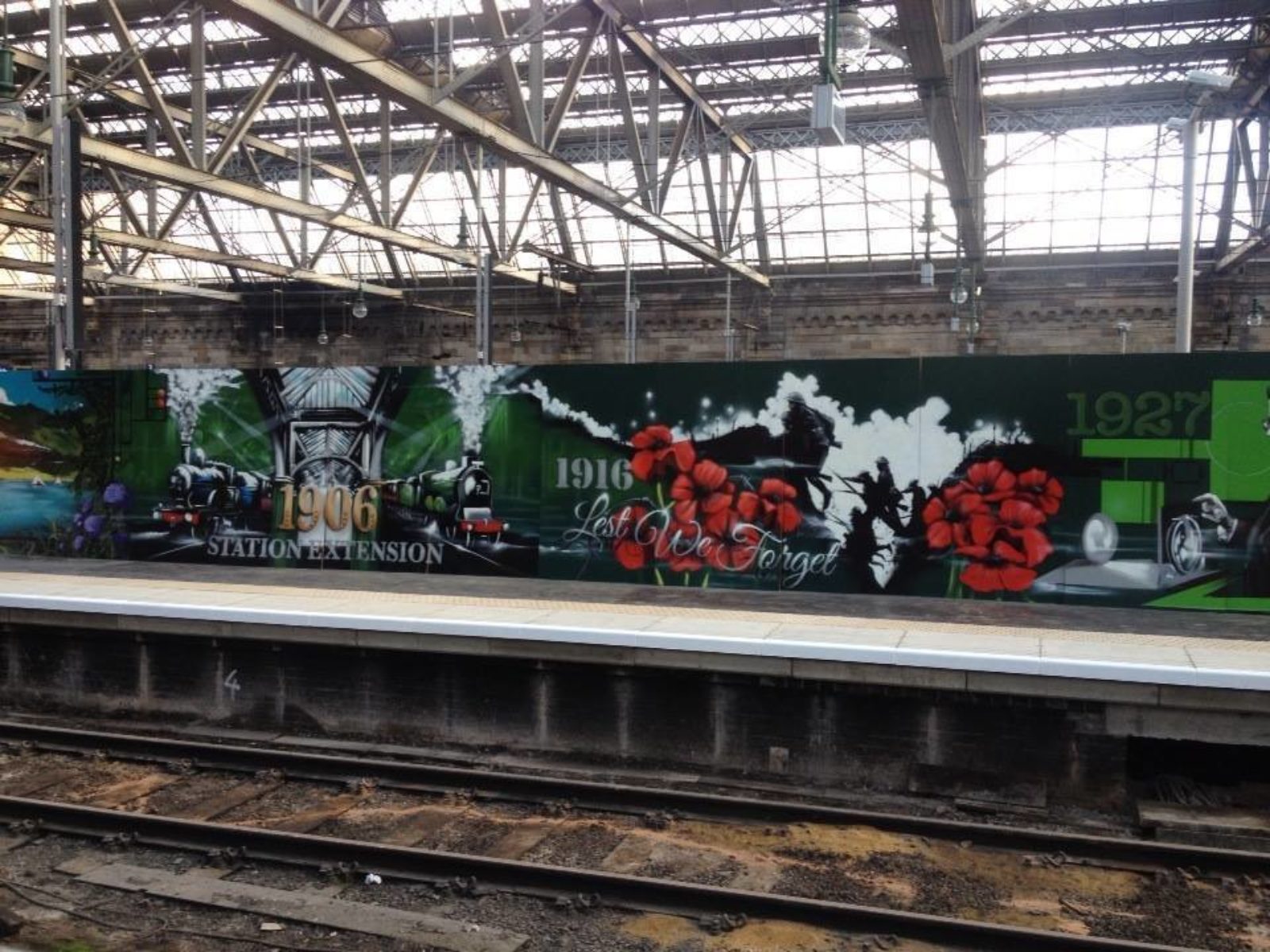 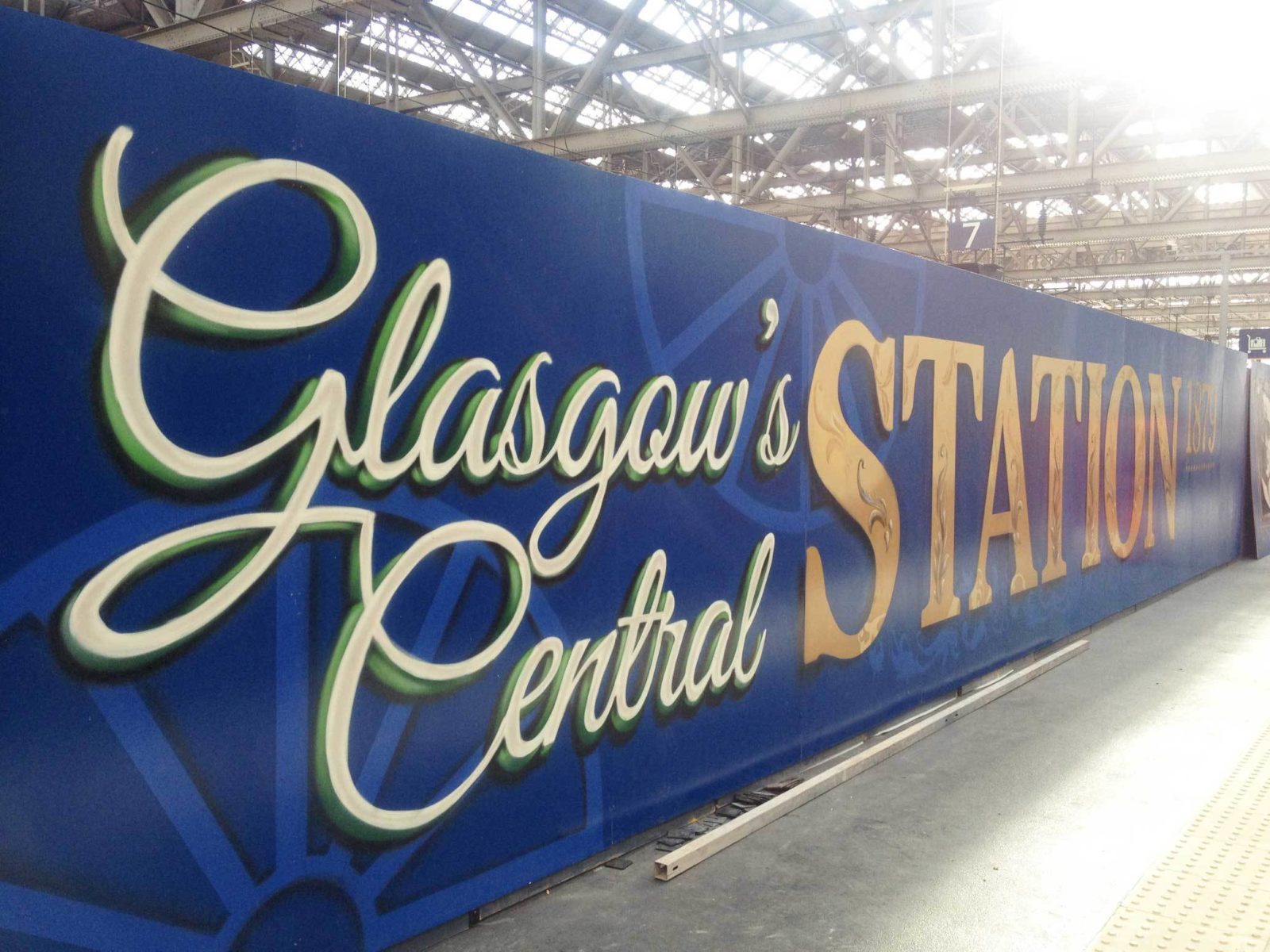 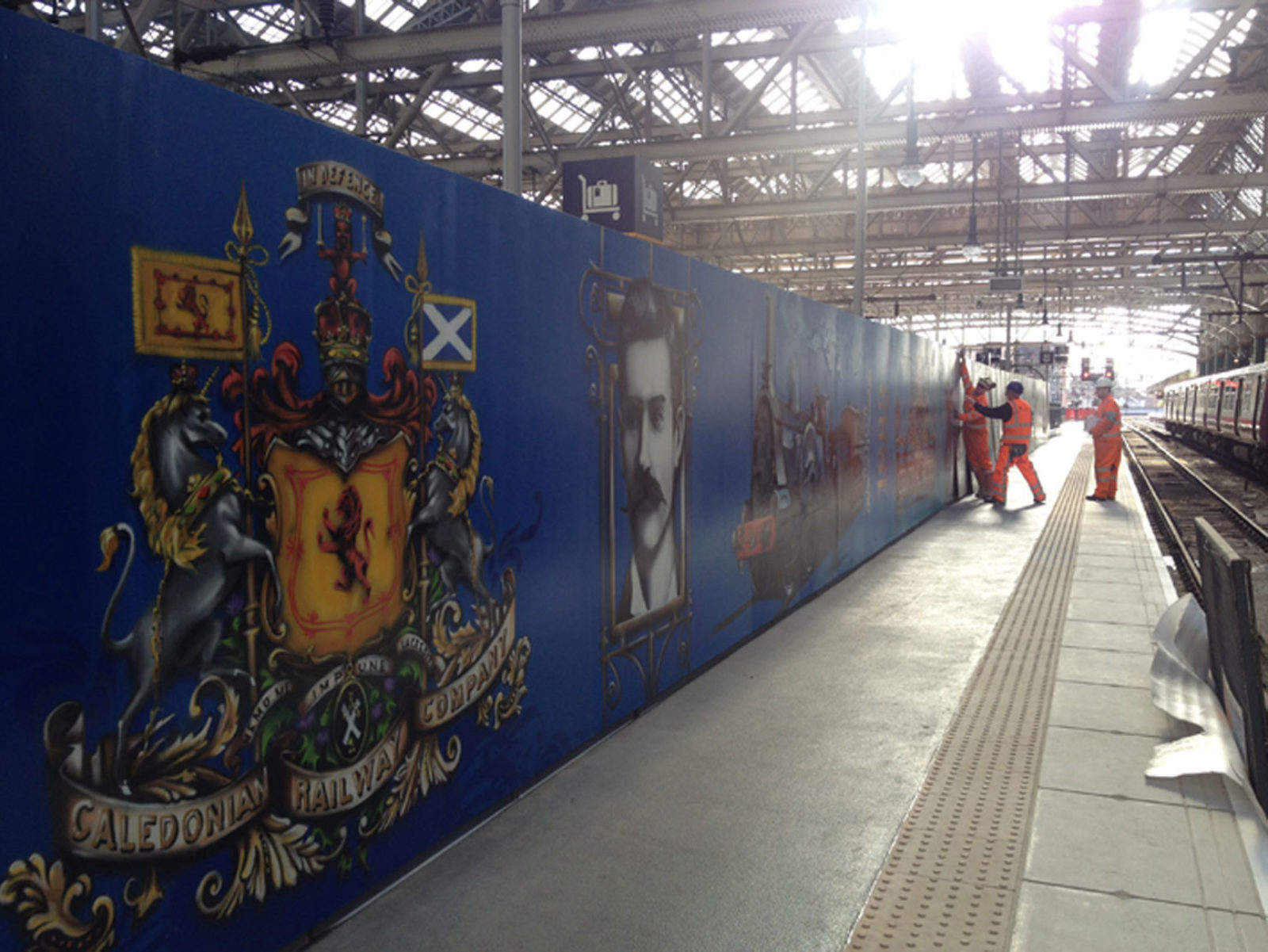 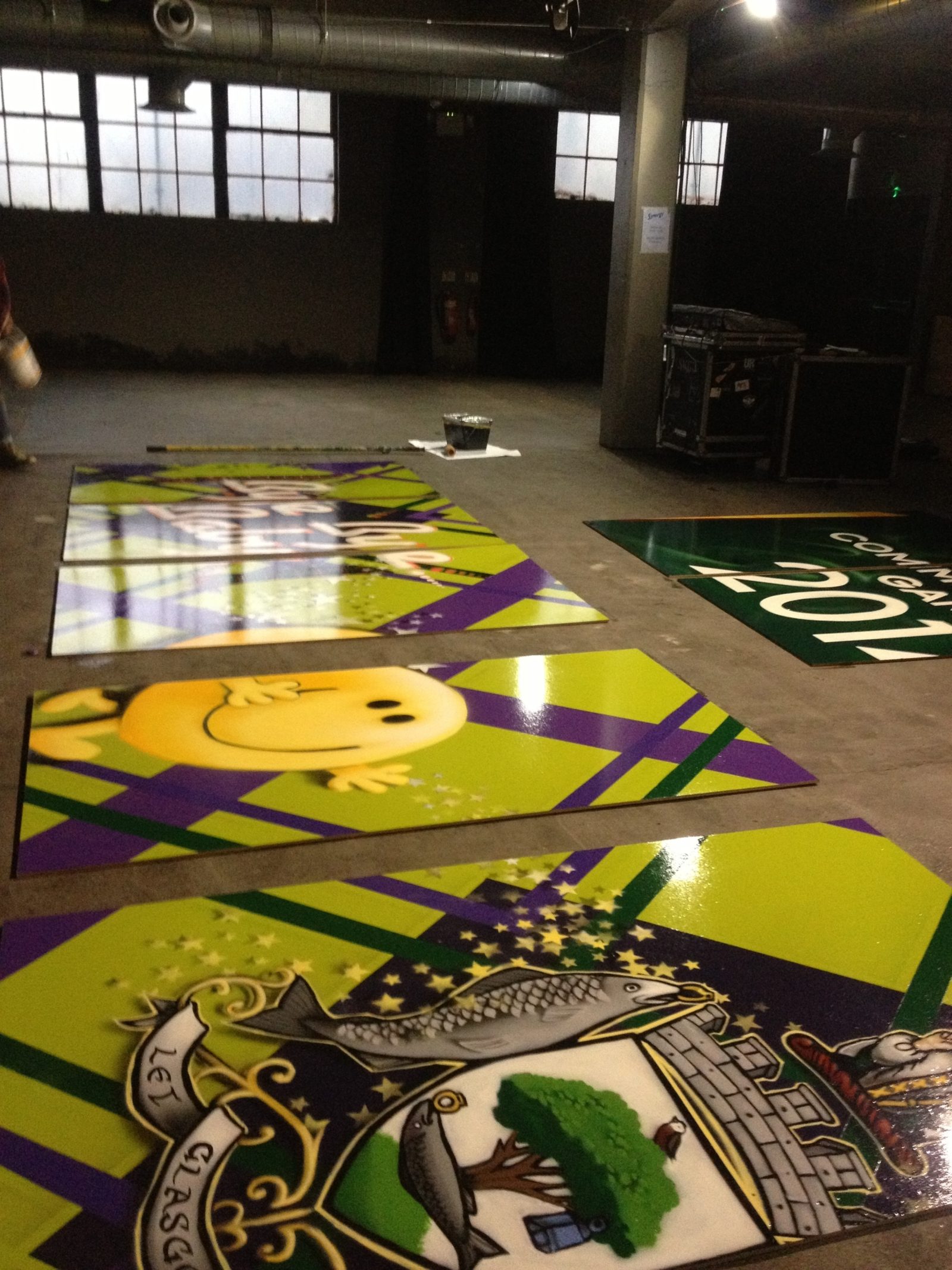